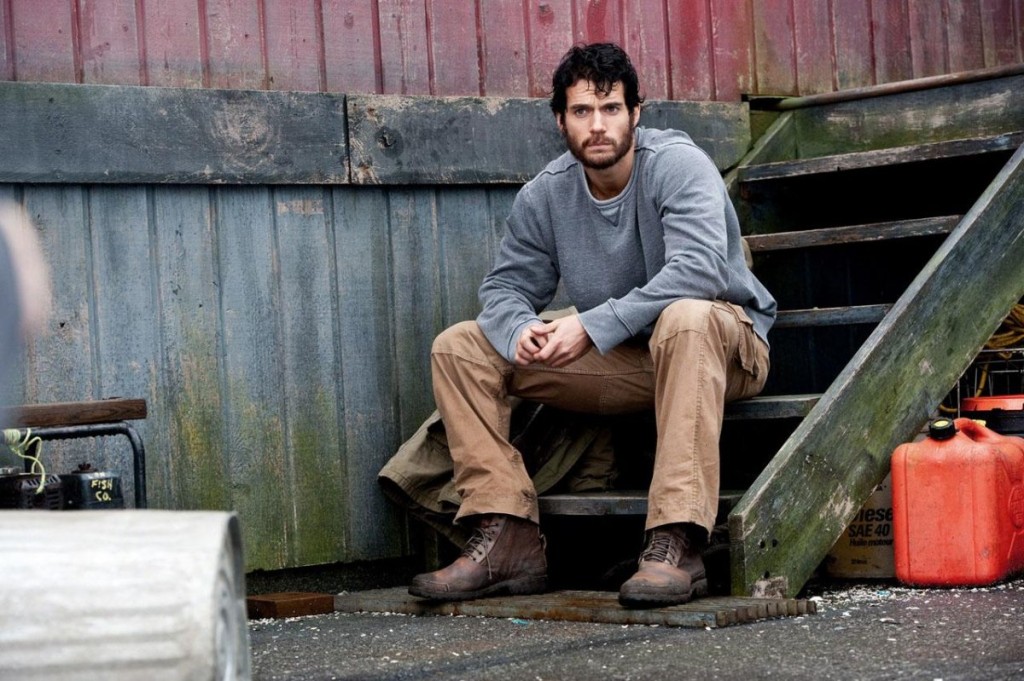 Being a disciple of Jesus can be hard. Last week Mary preached on the social challenges of speaking out on behalf of God in our world. About how being Christian can be isolating and occasionally even dangerous. Mary also noted that one of the reasons we gather together as a church is to help bolster each other in discipleship, to carry some of each other’s burdens and celebrate that God is in our midst.

I can tell you that there are weeks when I know that I need to come church for just that reason, that the love of this community and of other church communities I have experienced is like a vitamin or a B12 shot or ballast or any number of health and / or nautical metaphors for improving the disposition of my spirit.

But it is also fair and realistic to expect that we will all have days when we’re just not feeling it. Towards the end of her life Mother Theresa wrote in her journals several times about how she felt a lack of faith, and if she had days like that then we all can.

There are days when the world just seems too big, and the impact that I can have in it seems too small. Days where I just can’t see the trees through the forest fire.

I suspect this is how the prophet Jeremiah, the subject 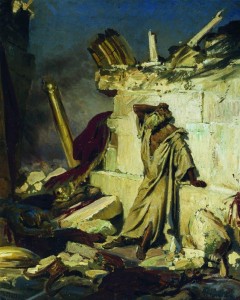 of our reading this morning, lived most his life. In fact poor Jeremiah is known as the “Weeping Prophet”, he was called by God to proclaim to the Jewish people their own sins and you can guess how popular that made him. His constant admonishment of the culture in which he lived resulted in his being attacked by his own brothers, he was beaten and put into the stocks, threatened with death, thrown in jail, thrown into a cistern, and called a false prophet.

For his trouble he got to see the Jewish people drift further and further from God, and to become enslaved first by their own corruption, and then by the Babylonians.

In the beginning, when he was first called by God to be his prophet, his mouthpiece on earth, Jeremiah’s first response was to deny himself and his abilities. “Lord, I do not know how to speak for I am only a boy” and God says to Jeremiah, “Do not say that you are only a boy, for you shall go to all to whom I send you.”

Like Jeremiah, we have all been known by God from the womb, consecrated before our births and appointed. Figuring out exactly what we are appointed to can be a real challenge, but when we do discern our place in the body of Christ I think many of us can share in Jeremiah’s trepidation. It would save most of us a lot of trouble if we just had to figure out how our gifts could bring us the most security and comfort. I for one plan to spend as little of my life locked in a cistern as possible.

So what did Jeremiah do on the days when it was readily apparent that his words would not be heard by his people during his own lifetime? What do we do when the scope of the world’s complexities and magnitude make our actions feel irrelevant?

Let me get back to that.

I was on vacation in Rhode Island with my wife Ari, my parent’s and my sister when the new superman movie “Man of Steel” came out. Being the geek that I am I dragged them to the theatre for a midnight screening and that I have a family that indulges me in such things is one way I know that I am truly blessed.

I will try to keep spoilers to a minimum, but if you haven’t seen it yet and don’t want a few bits from the first ten minutes revealed, now may be a good time for a bathroom break.

Before the movie came out there was a huge amount of conversation in the media debating the degree to which the movie is or is not an allegory of Jesus’ life and ministry. The production company that released “Man of Steel” even published media kits for use by preachers. Being that I am both a church nerd and a comic book geek it was a foregone conclusion that I would read a lot of this stuff and wait for the release date with baited breath.

After seeing it I come down firmly in the camp of those who do not see a big parallel between the character of Superman and Jesus Christ. I might add that I’m a bit disturbed by the idea that we have come to the point in our society where any story in which the main character has gifts to offer the world and seeks to use them altruistically will likely be put up as a Jesus story.

That being said I think the movie is worth watching and even worth talking about in church. It has a lot to say on the subject of what it means to be a disciple, and relates specifically to our Old Testament reading today about the prophet Jeremiah.

In the movie is a scene in which a nine-year-old Clark Kent, a little boy who will grow up to be Superman, has locked himself in a closet. He has just begun to realize that he has strange abilities and they include hearing everything that is happening for miles around him and seeing through walls and peoples bodies. It’s terrifying and so, quite reasonably, he locks himself in a closet.

His mother ask him what’s wrong and he replies “The world is too big!” and she tells him “Then make it small”. I’m paraphrasing but she essentially tells him to concentrate on one thing at a time, and to shut out the frightening enormity of the world rather than be paralyzed by it.

“The world is too big”

“Then make it small”

I think its good advice. I suspect that Jeremiah must have done something similar. If he looked upon the trajectory of his life and the life of his people during his ministry it would likely have driven him mad. What would be the point of his suffering? But instead, he went where God told him to go, and said what God gave him to say, one step after the other, and kept faith that despite what his senses told him, to borrow a quote borrowed by Dr. Martin Luther King, Jeremiah believed that “the arc of the moral universe is long, but it bends toward justice”. Jeremiah must have had faith that while that arc extended beyond his own vision, it would inevitably bend his people back towards God. This advice can help me in my life as a paramedic, but following it is not something I’m good at. I’m a systems guy, and anytime I’m in a situation I don’t like I immediately begin to think of it in terms of the bigger picture.

I often encounter circumstances that are tragic, and often very preventable, being experienced by people who are for lack of a better word wretched. Whether it is something as banal as a chronic illness untreated resulting in a person becoming crippled, or as acute as the occasional and heart wrenching death of an infant, I can’t help but become angry at the failed education system or holes in the social safety net or our health care system or the politicians who propagate these things and the people who elect them and on and on.

It is very easy for me to let the world become hopelessly big and to lose touch, when in truth, most of the time, the situation is as simple as two of God’s children are in a small metal box driving down the road together. It would do me well to remember that.

Trying to do the right thing in the moment and not worry too much about the picture beyond our control is a behavior exhibited by Jesus in this morning’s Gospel reading. Whether we interpret Jesus’ actions in today’s passage from Luke as a physical healing, or a casting out of a demon, or something else entirely, it is one of the seven times that Jesus is recorded as performing a miracle on the Sabbath, a day in which it was considered a blasphemy to labor at all, much less perform an impossible feat of healing.

Jesus did not let the religious contexts of his time, nor the reactions of the Pharisees, nor the fact that for every one person he healed there were a thousand more he’d never reach keep him from being present to the holiness of the small moments that made up his life. 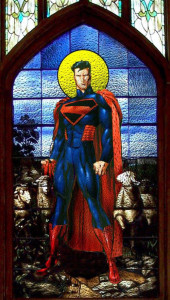 God told Jeremiah that he was appointed over the nations, that he would pluck up and pull down, that he was to destroy and overthrow, and build and plant.  We are told that Christ is making all things new, and we are all part of the living body of Christ. To me that is something that feels so huge, and it often leads me to feel either very empowered or very, very small. But perhaps both are true, perhaps the small piece of the Christ that we live out in our lives is both tiny and perfectly adequate and perfectly loved by our creator.

And maybe before theology and ritual and creed and doctrine, maybe the smallest building block of faith is that exhibited by Mother Theresa, by Jeremiah and Dr. King, and by Superman and his Mom; that if we can just “make it small” and muster the faith live our lives one small moment at a time, the arc of the universe will bring all of creation ever closer to God.

The word of the LORD came to me saying,

“Before I formed you in the womb I knew you,and before you were born I consecrated you;I appointed you a prophet to the nations.” 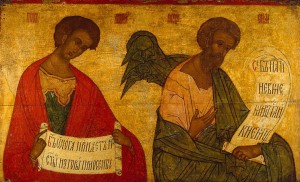 But the LORD said to me,”Do not say, ‘I am only a boy’; for you shall go to all to whom I send you, and you shall speak whatever I command you, Do not be afraid of them, for I am with you to deliver you, says the LORD.”

Then the LORD put out his hand and touched my mouth; and the LORD said to me,” Now I have put my words in your mouth. See, today I appoint you over nations and over kingdoms,to pluck up and to pull down,to destroy and to overthrow,to build and to plant.”

Jesus was teaching in one of the synagogues on the sabbath. And just then there appeared a woman with a spirit that had crippled her for eighteen years. She was bent over and was quite unable to stand up straight. When Jesus saw her, he called her over and said, “Woman, you are set free from your ailment.”  When he laid his hands on her, immediately she stood up straight and began praising God. 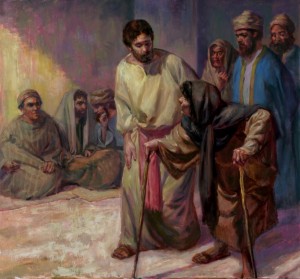 But the leader of the synagogue, indignant because Jesus had cured on the Sabbath, kept saying to the crowd, “There are six days on which work ought to be done; come on those days and be cured, and not on the sabbath day.”

But the Lord answered him and said, “You hypocrites! Does not each of you on the sabbath untie his ox or his donkey from the manger, and lead it away to give it water? And ought not this woman, a daughter of Abraham whom Satan bound for eighteen long years, be set free from this bondage on the sabbath day?”

When he said this, all his opponents were put to shame; and the entire crowd was rejoicing at all the wonderful things that he was doing.